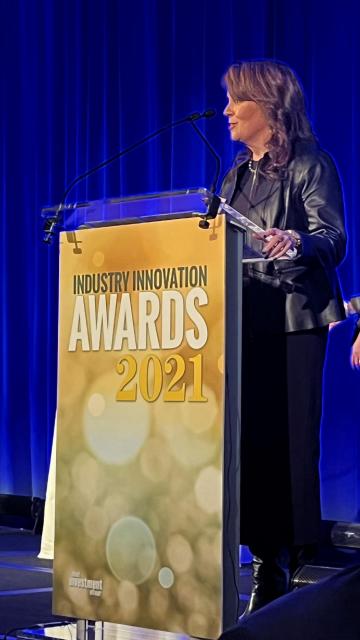 Ms. Murphy was named the top CIO in the category of Public Defined Benefit Funds From $21 Billion to $99 Billion. More than 300 chief investment officers, top managers, and friends gathered in New York City at Chelsea Piers for CIO’s Industry Innovation Awards. It was the first such gathering since 2019.

In its announcement published earlier today, CIO stated: “The award ceremony caps a historic year for many chief investment officers who oversaw record-breaking returns. The winners were scored and chosen by their CIO peers across the industry, from public and private funds to foundations, endowments, and sovereign wealth funds. All the winners had not been chosen for an award in their category in the past.”

See the official announcement on the CIO website HERE.